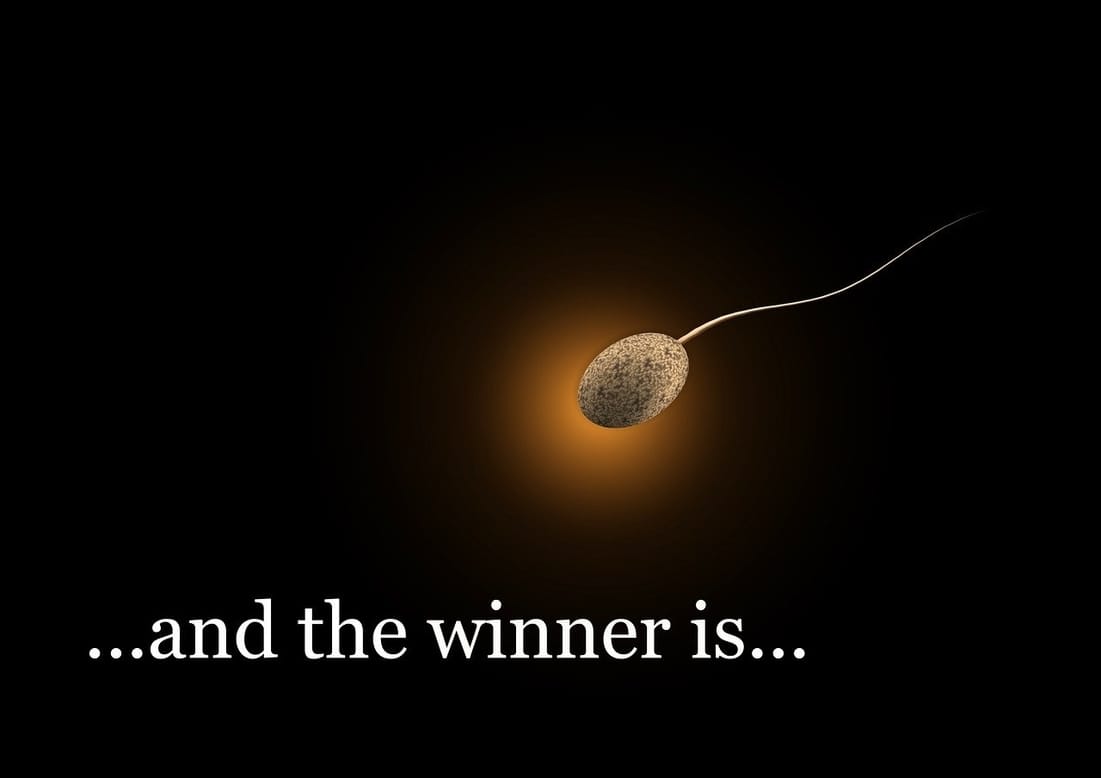 As a teenager, I remember being constantly bombarded with warnings about getting pregnant.

“If you have sex you’ll get pregnant, even if it’s the first time”.

“One little accident and you’ll end up pregnant”.

“You don’t even have to have sex and you can still get pregnant”.

My fertility is something I took completely for granted and actually feared a little because I definitely didn’t want to get pregnant. So I did the sensible thing and went on the pill. God, I wish I’d known then what I know now about the pill, but that’s a whole other article.

I glided through my twenties, safe in the knowledge that I was on the pill. When I wanted to get pregnant I just had to stop taking it, right? Wrong. And why? Nobody could tell me. Unexplained infertility, apparently.

What are the reasons for unexplained infertility? That’s what we’re going to try and figure out. 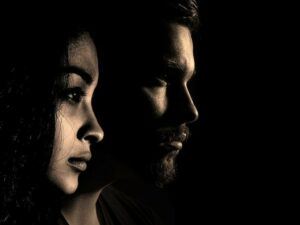 That’s how long it took for me.

From deciding I wanted to have a baby until I was holding my baby boy in my arms it was five long, and often heartbreaking years. Of course on the surface I was still my normal, chirpy self, getting on with business and going about my day. But on the inside, I started to go a little bit crazy. Tracking this and testing that and slowly but surely being overcome by an insidious type of desperation that seemed so out of character. At least it was for me.

See, having kids had never been high on my agenda. As a young woman, I wasn’t even sure if I’d ever want them. Most of my friends had jumped on the baby train in their twenties, and though I loved them dearly it didn’t spark any sort of broodiness in me.

But then as I entered my fourth decade my feelings started to change. I can’t say what triggered it, although wanting a change of lifestyle was a selfish part of it. I wouldn’t say it was my biological clock ticking, but maybe it was. Thoughts of getting older and never having experienced this “love like no other” that everyone talks about and the thought of what life would be like without a child started to play on my mind. By the time I was 33, I knew what I wanted, so on my 33rd birthday, I came off the pill.

I knew that it was common for it to take 6 months to a year to get pregnant when you start trying so I wasn’t too worried. My husband and I were both fit and healthy, and relatively young still, but when my 34th birthday came and went and my 35th started looming all the things I’d read about the difficulties for women over 35 having kids came bubbling to the surface. It was time to get checked out.

Time For The Fertility Tests 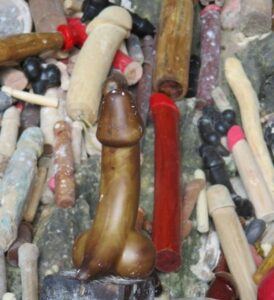 The next few months were spent with both of us getting a series of tests. Blood tests, urine tests, a PAP smear (me, not him), a sperm test (him, not me) and a test called Hysterosalpingogram (HSG). This test involves injecting dye through the vagina into the uterus and Fallopian tubes and then taking an X-ray.

Now I don’t want to scare anyone but I want to be as honest as I can about everything. For me, it was pretty painful. It felt like seriously bad period cramps and although I don’t consider myself a wuss when it comes to pain I actually passed out when they stood me up for the X-ray. It was all over very quickly and it wasn’t unbearable so please don’t be put off. They do it to see if you have any blockages in your tubes so if it’s suggested you should definitely get it done. Take a couple of painkillers beforehand and you’ll be OK.

After all these tests and still no pregnancy I was anxious to hear my diagnosis. The most common reasons for infertility in women are:

All in all, we probably spent about 6 months doing tests, going back and forth to the doctor’s office, only to be told that I had none of the above. All the tests came back well within the normal range. We were both in good working order. They even did a test to see if we were biologically compatible. We are. So why wasn’t I able to get pregnant? They gave us a very unsatisfying explanation which is really no explanation at all – Unexplained Infertility

What Is Unexplained Infertility?

Infertility is classed as “unexplained” when the woman is ovulating regularly, has open Fallopian tubes with no damage, fibroids or endometriosis, and has normal hormone levels. She is having regular sex, at least twice a week, with a man who has a good sperm count with good motility and is still unable to fall pregnant. 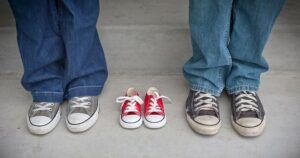 Lifestyle is a big factor to take into account if you’re having trouble conceiving. Smoking has a very bad effect on fertility. It can damage the genetic material in both sperm and eggs leading to infertility, miscarriage and birth defects. Alcohol, caffeine, some medications and even stress can have adverse effects on fertility and should all be kept in check. A poor diet could be detrimental to your chances of conceiving and also to the health of the fetus if you do manage to fall pregnant.

We all know that age becomes a factor after 35 as well. Though more and more women are having healthy children later in life. In fact, in 2015 more women over 40 were giving birth to healthy babies than women in their teens. This hasn’t happened since 1947, in the wake of World War 2.

Other possible causes include:

What You Can Do About It?

I’m going to share with you all the things I tried and what I eventually did to get pregnant. Everyone is different but I hope you find something that will work for you.

I started off tracking my periods and taking my temperature every morning. I have to say, if nothing else, I learnt a lot about my body by doing this. After years on the pill, I really didn’t know much about my cycle and it was very interesting to observe myself as if I were some sort of science experiment.

In fact, with all the stuff they teach in school, you would think that teaching girls about their bodies, their cycles and their fertility should be on the curriculum somewhere, but no. It’s definitely worth getting to know this stuff about yourself though. I could tell by my temperature, and eventually, by the way, I felt, when I would ovulate and when I would get my period. I even used ovulation strips just to be sure. Unfortunately, no matter how much sex I had around ovulation time, nothing happened.

I ate fruits and vegetables and nuts and seeds. I cut out caffeine and alcohol. I took all the recommended supplements – folic acid, zinc, selenium, iodine, and drank gallons of water. And still nothing.

I bought Preseed, a special fertility-friendly lubricant, just in case my own stuff was being hostile. I cycled my legs in the air like a dying beetle for half an hour every time. Nada.

I did castor oil patches on my belly to draw out the toxins. I meditated. I prayed. Zilch.

I spent a lot of time trying all these things in the hope that I would fall pregnant naturally. What I’d wanted more than anything was a surprise pregnancy but obviously, there wasn’t going to be any chance of that. That’s not to say that none of these things worked. I did actually fall pregnant twice during this time but sadly didn’t stay pregnant. That’s a story for another time.

In the end, we went to see a private doctor who advised us to try timed intercourse. I was given a course of medication that I injected into my lower abdomen (painless and much easier than you’d think) for 10 days starting from the first day of my period. On day 10 I went in for an ultrasound scan. The doctor gave me a trigger shot to release the egg and we were sent home to get busy as often as possible for the next couple of days. 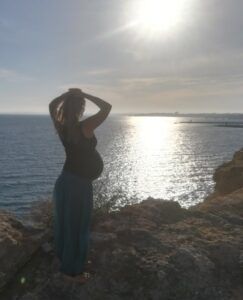 I really wanted to get pregnant naturally. I guess everybody does. I never imagined that I would be faced with unexplained infertility and so it took me a long time to accept that I was. I’m glad I tried everything I could to have it happen naturally, and I’m very grateful that I got pregnant on the first try with the least invasive medical intervention. I just wish that I had accepted the fact that we needed help and had the treatment earlier. I feel like I wasted a lot of time just hoping it would happen.

For someone who wasn’t sure she even wanted kids, it turns out I absolutely love being a mum. If I’d sought treatment earlier I might even be a mum of two by now.

If you’re suffering from infertility of any sort I know how heart-wrenching it can be and I feel for you. I hope my story may be of help or comfort in some small way. Please feel free to connect with me in the comments. We, women, need to share with each other and support each other. Things can be tough for us at times and it’s good to know that we’re not alone.